Posted by sportpie on September 25, 2011 in Blues News 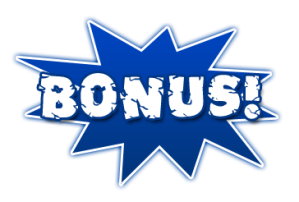 I have left a couple of hints on the Facebook page but think I am virtually at the stage where things are going through, so wanted to let you in on the plan!

Since I’ve started the show in January, I have been able to only do this every four weeks, as that is the way it has worked on FromeFM. This has suited me fine until recently, as my family commitments mean it’s not possible to do it weekly at the minute anyway. However, at the same time, I have far more music to play, than time to play it and this means fitting it in is impossible, so have been looking at ways to increase my air time, while still leaving time for my ‘other stuff’.

To cut a long story short, with new interest from presenters at FFM, we have been able to add an extra night of schedules and with a bit of tinkering, I have been able to secure a slot on Yellow Sunday [ see link http://www.fromefm.co.uk/fromefmonline/2011radiofromefmonline.pdf ] between 6-7pm. The plan is to start this from November 20th.

The main issue is that some other great blues shows air on Sunday, not least The Blues Show with Gary Grainger! I am not trying to compete and wouldn’t be able to if I tried, to be honest – this was just the only slot that would enable me to go out every other weekend. I think most people listen to Blues Train via the ‘listen again’ podcast anyway. This also means that my KCOR broadcast will be fresh every other week now as well.

Long term – with the news that FromeFM will be on FM from early 2012, who knows….if people keep liking the show and I can keep finding new listeners, it would be a dream to do it weekly but that is a long way away right now.

I have some new ideas for the double helping – it means I can play more music obviously, maybe introduce an Album of the Month slot, air more new music from around the globe and perhaps be able to play a couple of the longer tracks I’ve been unable to play so far.  Maybe a couple of themed shows as well – definitely planning a ‘Train’ show, maybe a ‘Boogie’ special too. Perhaps shows dedicated to bands from one country as well – UK, USA, Australia, Canada, Europe….

So…look out for updates to 100% confirm…but this is the plan anyway!

← Friend of the stars!!
Preview of October Blues Train →